Call us
Write us
Space

The new kind of consulting, we work in the gap between education and consulting. We lead you, your business and/or teams through transformations, embed innovation into your DNA and/or organisational change. 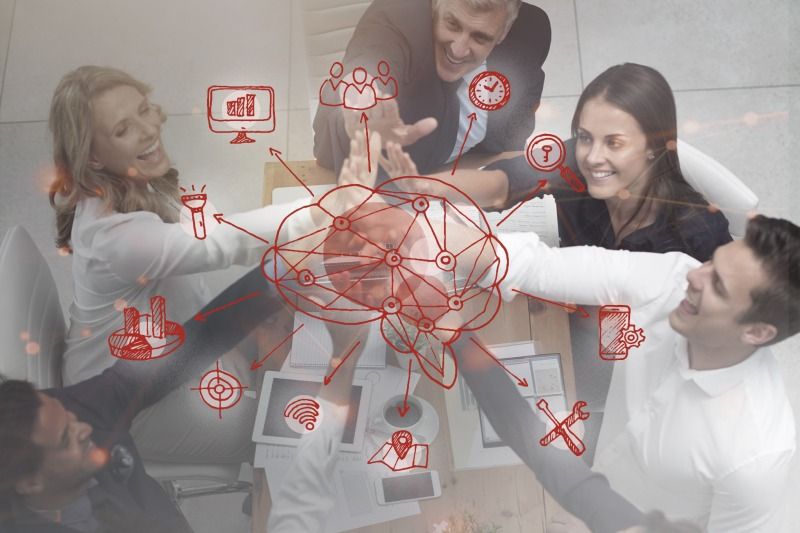 What the Hack Is Crowdsulting

But the chances are you’ve never heard of crowdsulting, the practice of bypassing costly, ineffective consulting projects that focus on outsourcing a specific task in favour of consulting people while they are working on the real project in the real time.

The problems with traditional consulting

In the past, businesses would bring a consulting company in to consult a task. They would lease the bodies with specialist knowledge or experience to come in, take the task away from the team, and do the work. They would fix a problem, set up a strategy or a process, or design a new product. Then they would leave.

There are several problems with this consulting pattern. First, it’s prohibitively expensive. Most small and medium businesses could never afford to pay the fees.

Second, the consultants were often coming in and taking the cool part of the job from employees especially around the innovation field. The staff would see outsiders coming in and doing fun and cool stuff like designing something or building something, and be frustrated and demotivated. They wanted to be part of the innovation. We all do, and those inside the business often have the best ideas, which are overlooked in favour of those external consultants.

Then, when the consultants delivered the project, using great tools to design the prototypes, the company was not ready to implement it. They didn’t have the infrastructure, the strategic direction, or the connection to the innovation. There was inadequate training or handover, and so the project roll out failed.

That meant a lot of wasted money often in the region of one to ten millions. The end result was a lot of resentment. Consultants are thought of as the guys who come in with fancy slide decks and presentations, and then disappear, taking a lot of cash and motivation with them. Meanwhile the company is left with all this implementation they have no ability to do.

Those are typically the big pain points associated with consulting.

Arguably, consulting a project has always been a gamble that could backfire and leave a business in a worse position than where it started. Even before the pandemic, the world was moving away from corporate structures. That trend has been exponentially speeded up with world-wide lockdowns over the last year and change.

More and more people are leaving the corporate environment to specialize and focus on their core strengths. More people are freelancing as a side hustle, in preparation for the day when they, too, fly the corporate nest. And corporations are questioning the sense of employing people full time when they can acquire the flexibility to up- or downscale at short notice by hiring in freelancers for one or two days a week to do the same job.

We’re moving towards an outsourcing world. A world where people are free to follow their passions and skills, and to focus on their high-performance areas. A world where businesses hire and pay for performance. In that world bringing in consultants to consult a task doesn’t make sense, because tasks can be outsourced.

What the business needs instead is for someone to come in and consult the remaining people on how to do the things that can’t be outsourced effectively. Enter crowdsulting.

Why crowdsulting is the way forward for insourcing

Unlike a consultant—who comes in, attempts to solve a problem, and leaves—we go into organizations and work through our process. During that process, the people in the organization continue working on real projects. We step alongside and crowdsult them so they provide the input and they do the tasks.

I always compare that to learning how to drive. You don’t go and have an external consultant drive your car. You have an instructor who sits next to you and you drive a real car. You make mistakes, but he is ready to step in and take over in an emergency so you don’t kill yourself. This is what we are doing. It’s giving people experiential learning on a real project in real time, being involved in different teams, and learning design thinking while working on real projects.

This saves time because there is no gap between education and implementation. There is no wasted money spent on projects you can’t implement, because your own people are working on the project all along. There isn’t that disconnect. That’s the real added value in crowdsulting.

The value-added history of crowdsulting

Before we coined the term crowdsulting, I used to call it value-added consulting, because you do not pay me for my time. You don’t pay per day, you pay me for the value we deliver to the organization. So, for example, we might work on a six-month project where we work with a team and take them through the Me-to-We process.

This concept was born during my work with UBS, where I built and was leading the Innovation internal consulting team and taught design thinking to the top senior management. I noticed that the only way things move is when you focus on consulting the people rather than the projects and the task. When you focus on the people, you want them to retain the knowledge, to retain the motivation, and to be working on real projects, because unless that happens, you’re not adding value. And when you’re paid based on added value, you really learn to focus on what drives that.

So, the crowdsulting process was developed on the pain and gains of corporates. But it quickly became apparent that the things we’re teaching can be applied far beyond the confines of the corporate world. Why is that? Because it is about the people …..

Crowdsulting in small and medium enterprise

In face, one of the biggest benefits of this crowdsulting approach is that it isn’t reserved for those larger enterprises that can afford to invest millions in a project. In the small business world, we have coaching. The coach comes along and teaches business owners, and tells them what to do. But then the coach goes away, and the business owner doesn’t do it, either because they haven’t fully acquired the knowledge and skills, or because there’s a lack of accountability..

That’s why the crowdsulting program is set up with such a hands-on approach. Instead of me coming along and coaching you on what you need to do and leaving you to get on with it. We’re setting up experiments, delivering our program while you are working on your real business. You’re learning and creating in an experiential learning environment that teaches you how to test and learn fast and cheap while building your own business along the way.

There’s a cultural change of mindset, and that’s where our Done-with-You business model sits in between Done-for-You and Do-it-Yourself. The concept was originally designed for the corporate world, but we translated it into a program that smaller businesses and individuals can access at any stage of their career. That’s a powerful development, because it means training that was previously only available to the top executives of large corporations is now widely accessible at a tiny fraction of the cost.

We chose to do that because we want to change the way we make money and do business, in so many ways.

So instead of thinking in terms of B2B or B2C we talk about H2H business, human to human. No matter what the transaction is, there are always people at either end of it. That’s the people part.

Power is the power of action, which is the human-centered design combined with psychology, behavioural economics, neuroscience and business innovation so that we don’t waste our time and effort creating something that nobody wants.

Planet is about creating products and services that add to the planet, that are sustainable and ethical. The profit part is that how we make money is important more than how much we make. We don’t need to set up separate NGO organizations to do good in the world. We can make doing good our core business and make money from that.

There should be no separation between doing good and making money. That’s why when we first started explaining the Me-to-We framework and program, and people told us we should do this as a charity, we refused. Because we’re not about separating. We’re about integrating.

This integration of making money and doing good is one of the forms of blended thinking that characterize the Me-to-We framework and strategy. We don’t talk about work/life balance, but work/life integration. We also blend inside-out and outside-in thinking.

Because most people start with an idea, build a product or service offering, and then go out and try to sell it to the world. That’s inside-out thinking. We also start with inside thinking, but we focus on identifying strengths and building on them. From there, we take an outside-in approach to investigating the clients’ needs. We use human-centered design and design thinking principles with agile methodology to rapidly prototype, test, validate and iterate our way to a final product or service through a series of value-added prototypes.

That kind of thinking helps people navigate in an uncertain future, because the world is changing all the time. If you know the process, you can go, ask the questions, investigate, and understand. Then you can adapt.

If you don’t know the process, you’re going to build things, go and try to sell them and then wonder why no one likes it. And the Me-to-We process builds this as a muscle not only from the outside in, but from the inside out.

And so those paradigms and that framework are what we at weinvolve are crowdsulting on.

A perfect example of this crowdsulting in action is Inspirathon. Hackathons started in the coding world as mass design sprints to create products in a rapid prototyping environment. They have since spread to the business world. The problem with hackathons is that people often go and start building something with no idea if there’s a need for it.

Inspirathon is what needs to happen before Hackathon. So, how do you get inspired and make your idea real? How do you get the outside in perspective and how do you create this golden cycle of connection of inside out and outside in? How do you validate your business idea using a speedy process that makes sense not only for you, but for the people that it adds value for? So that they actually want to pay for you what you deliver, so it makes sense for you to deliver in a hackathon.

And because we practice what we teach, the first Inspirathon is being conducted very much in a spirit of experiment and adventure. There’s an air of “Will they get it?” and “Will they come”, not because it’s a new idea—we have conducted these training sessions offline with great success already—but because it’s a new kind of online event, something that blends the crowdsulting, hands-on learning experience with the competitive element of hackathon, and aims to produce real-world value-added prototypes by the end of the week.

If you’re interested in seeing crowdsulting at work first hand, we invite you to join us at Inspirathon.

Taking banks to the digital level